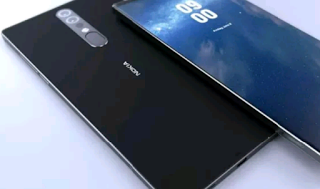 The Nokia 9 has been spotted on several occasions but all those while, the OS revealed then was Android 7.1.1 Nougat OS. However, that has changed now, as the smartphone that surfaced on GFXBench runs on Android Oreo.

Well, this should not come as a surprise to us, for the fact that Nokia 9 is expected to be a flagship device and Android 8.0 is the latest baby in terms of operating system. 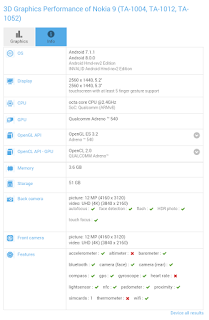 Now, talking about the phone’s specs, speculations so far suggest it will be powered by the Snapdragon 835 SoC, which will be supported with either 6GB or 8GB of RAM and an internal storage of 128GB. Though the GFX reveals 4GB/64GB memory but lets wait and see.
Commenting on the camera configuration, it is said to be same as that of the Nokia 8. Some other features includes iris scanner and IP68 certification.
The Nokia 9 will carry a price tag of around €749.
Source
AndroidNokia 8Nokia 9
Share

Apple iPhone 8 Plus Specifications and Price