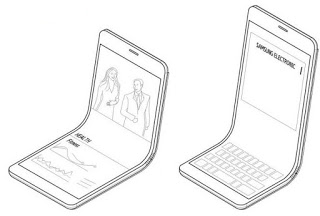 Wait! How did the foldable Galaxy X phone escaped rumor
mongering in Q3 launch? It could have tugged the internet as a whole with Galaxy
Note 8 and iPhone 8 launch. However, it’s still busy gathering certifications –
from the Wi-Fi and Bluetooth authorities and now one from South Korea’s
equivalent to the FCC. 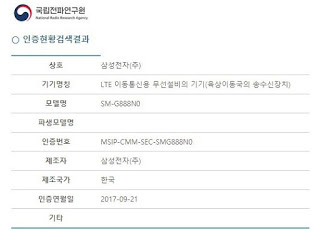 This certification stated the familiar model number –
SM-G888N0 – but then, it doesn’t betray much more than that. The “N0” suffix allegedly
marks a Korean model. Things are actually looking nice for a launch in the
holiday quarter, but when a global launch may happen is uncertain.
From Samsung’s patent drawings, it appears the Korean company
plans to take the widescreen to an extreme – the whole core side of the flip
phone will be enclosed in a flexible screen. That would make it much, much
wider than the S8’s 18.5:9 screen.