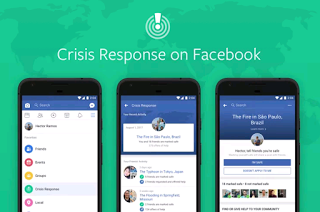 Facebook has announced a new feature called Crisis Response. This will act as a central hub for all of the company’s safety-related tools. These safety tools include Safety Check, which is a feature that Facebook users can use to tell friends and family that they are safe during natural disasters, terrorist attacks, and other dangerous incidents.
This Crisis Response feature will also contain a mix of posts, news articles, photos and videos which would help keep people up to date on any crisis.
There’s also the Community Help too, which is a tool for coordinating help during a disaster.
There is also a fund-raining feature, which is meant to support individuals and groups affected by these crises, as well as non-profit organizations involved with relief efforts.
Related Posts 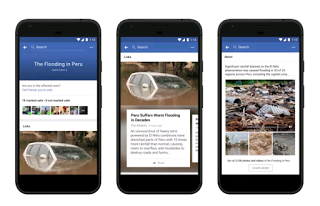 Facebook’s first and most widely known feature in the Crisis Response area has been Safety Check. This was launched in 2014, but it was first widely deployed during the 2015 Nepal earthquake. It gives users a quick and easy way to mark themselves alive and well in the midst of the chaos of an attack or natural disaster. Now, Safety Check can be automatically activated by an influx of user posts and a confirmation from a third-party news or government source.

Safety Check did suffer some setbacks in the past. For example, there was one time when it was triggered by a false alarm in Thailand, where a bunch of firecrackers was identified as a bomb.
However, despite these setbacks, Safety Check has emerged as a defining feature of Facebook’s community-driven mission. It is unarguably one of the most important utilities provided by the social network.
Now that Safety Check is under a new centralized hub in Crisis Response, it will likely continue to be a rare technological reassurance for victims of any number of the world’s crises, which are now more prominently shared on social media.
Source
facebook
Share