The Birth Of New Bitcoin After Split

By Andre Falana On Aug 3, 2017
Share
Join Us On Telegram
A new version of Bitcoin has been mined for the first time in
the crypto-currency’s history called Bitcoin Cash. It emerged as a result of months of deliberation
and development over how the currency would take over the world. 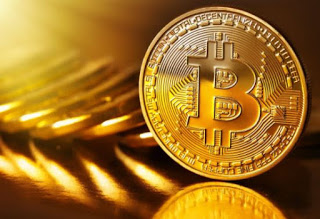 Fear of serious drop in the value of Bitcoin have so far been
avoided – but then some exchanges are still adjusting to the new currency.
An expert said the process had gone well so far and emphasizing
that trade in Bitcoin Cash appeared “robust”.
Bitcoin Cash was created as a measure to increase the size
of Bitcoin’s core technology, the blockchain which is a digital ledger that archives
every single transaction.
Bigger blocks
Process of transaction becomes slower due to the old
blockchain, which could only have one megabyte (MB) of data added to it every
10 minutes.
The new currency, Bitcoin Cash blocks can be as large as
8MB, which its proponents hope will help to solve this problem.
Bitcoin Cash was officially born on August 1, 2017, when
block number 478559 which was at just under 2MB in size was mined.
According to Dr Garrick Hileman, a research fellow at the
Cambridge Centre for Alternative Finance, no serious issues have thus far been
detected after the split though a few exchanges and wallets have had slight
technical issues with supporting Bitcoin Cash initially.
“A market seems
to be emerging for Bitcoin Cash that looks to be relatively robust,” Dr
Hileman told the BBC.
Related Posts

The latest crypto-currency was trading conveniently above
$400 (£300) about 12 hours after it was formed.
On Tuesday, the original Bitcoin experienced a slight fall
in price on Tuesday, nonetheless it was still above $2,700 (£2,000) at 10:00
BST the following day.
“Bigger players
with access to server farms and big budgets will have no problem running bigger
nodes, but smaller operators could be squeezed out,” said Dr Hileman.
“Will companies
dominate Bitcoin Cash more than Bitcoin? We’re going to see this in the flesh
now, how this will play out.”
Mere rumour?
And there are other matters to think over – the choice by
one of the biggest crypto-currency exchanges, Coinbase, to disagree with the
creation of Bitcoin Cash.
“Seriously look
at Bitcoin Cash going up. If you kept your [Bitcoin] at @coinbase and are not
getting any you must be pretty fed up right now,” tweeted one trader
who watched the split unfold.
The split might also impact negatively on the strive to
establish Bitcoin or Bitcoin Cash as currencies useful for commerce, thought
Vili Lehdonvirta at the Oxford Internet Institute.
This is for the reason that a greater number of currencies
each with a few users are less likely to be accepted in most places, he clarified.
However Bitcoin traders may only be interested in
speculation, the buying and selling of the coins in the hope they increase in
value.
“In which case
actual usefulness doesn’t matter,” he noted.
Source
Bitcoin
Share

Russia may start accepting Bitcoin as payment for oil and…