By Andre Falana On Aug 24, 2017
Share
Join Us On Telegram
The first Google Pixel was launched on October 4, last year,
and the new restatement of the series will be announced a year and just one day
later on October 5, 2017. A widely-known leakster Evan Blass said the Pixel 2
will come with Snapdragon 836. 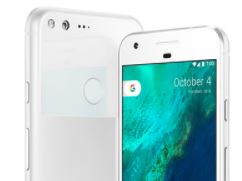 If this report by chance becomes true, the smartphone is
likely to be the first device to land with the updated Qualcomm chipset.

Google appears to be keeping the tradition with a late
announcement after all the other companies. By early October, Samsung will have
commenced with the Galaxy Note8 sales and Apple would have started with the shipping
of its anniversary iPhone.
The speculations about the new Pixel started evolving immediately
after the launch of the first edition of the phone. Some of them even claimed Google
might make the flagship water-resistant, and a cheaper model with lower specs
could also make an appearance.
Google Pixel
Share

Advantages Of Stock Android And List Of Smartphone Brands Involved

Advantages Of Stock Android And List Of Smartphone Brands…