Samsung Galaxy Note 7 back but in Fan Edition: Specifications. 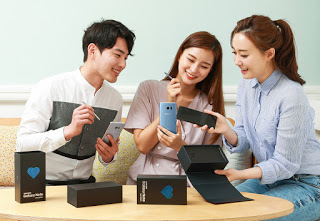 According to report, South Korean carrier LG Uplus has
accepted pre-orders at a charge of KRW 700,000, which is $611 USD at current
exchange rate.
The supply is said to be limited with just about 400,000
units to be sold across South Korea, in order to prevent the phablet from
taking over some ground for the upcoming Samsung Galaxy Note8 phablet. Out of
the country sales are currently in consideration. The original color choices
which includes Black Onyx, Blue Coral, Gold Platinum, and Silver Titanium are obtainable. 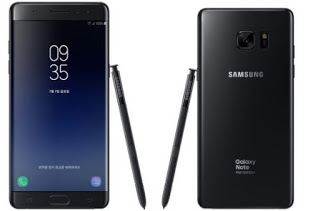 Some changes have been made from the original Samsung Galaxy
Note 7. One key modification is the battery, which was the origin of the indiscriminate
explosions that mandated the South Korean tech giant to withdraw the phablet from
the market last year. The new battery on the revamped Fan Edition is 3200mAh, an
8.5% drop from the original 3500mAh cell that comes with the last year Galaxy
Note 7. The each cell in phone was confirmed safe by an 8-point safety check. 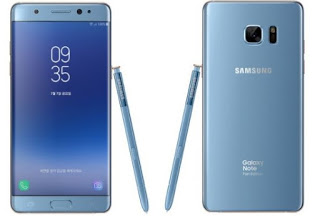 Another obvious change is the absence of the Samsung logo under
the earpiece. Also a Samsung Galaxy Note 7 Fan Edition logo is on the back of
the device.
Related Posts

Features of the The
Galaxy Note 7 (FE) includes:
The UI for the Galaxy Note 7 FE is the similar to that of
the Samsung Galaxy S8 which means it embraces an “Always On”
function. There is no dedicated Bixby button but Bixby is available on the
device.
Source (Translated)
AndroidGalaxy Note7
Share