Photo: Could This Be The Samsung Galaxy Note 8

If Samsung maintains the same schedule it had for its
previous device the Galaxy Note 7, the smartphone maybe be announced in less
than two months from now.
And if it is done that way, the final design for the
Galaxy Note 8 could have already been decided, by implication, this means the production
is already on.
Though this is still speculation as no one can out rightly
confirmed that this is the real design until Samsung it comes out to confirm it.
Though, the latest leaks are almost certainly close to what the actual phablet could
look like when announced in a couple of weeks’ time. 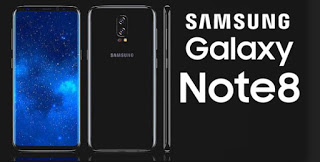 Leaked specifications of the smartphones are still blurred
right now, nonetheless below are some suggested specs:
Androidgalaxy note8
Share