By Andre Falana On Jun 1, 2017
Share
Join Us On Telegram
Samsung loves pen on device, a reason for being a fan of Samsung. This makes the choice for most Scribblers. 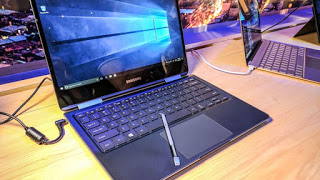 The new Samsung Notebook 9 Pro lands with an “embedded” S Pen. Samsung’s line of devices branded Note smartphones are never without the stylus.
However, this is the first time Samsung will release a laptop with stylus built into it. It’s actually a good addition as the company’s rival in the line of such product, Microsoft recently launched Surface Pro with a stylus, which make use of its Windows Ink Platform.
The Samsung’s S Pen is also compatible with Windows Ink and can offers Air Command, which is a quick access menu for drawing and editing.
Users of the Notebook 9 Pro can make use of the stylus in any of the device user’s mode – laptop, tablet, tent or display mode. Thanks to the convertible Notebook 9 Pro’s 360-degree touchscreen display feature.
Related Posts

The Korean tech giant says the S pen that comes with the Notebook 9 Pro does not require charging. 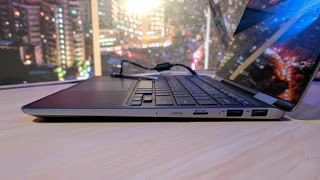