Google fined €2.42 billion by the European Union for abuse of power

By Andre Falana On Jun 27, 2017
Share
Join Us On Telegram
Google has been under investigation for some times now over
an allegation of abuse of its power as the leading search engine, in order to
promote Google Shopping over its rivals in the price-comparison market. The probe
is conducted by the EU. 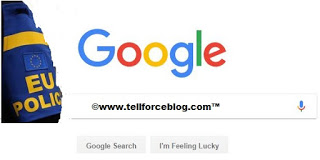 Google has now been fined €2.42 billion ($2.72 billion) by
the European Commission, after it found Google guilty of breaching EU antitrust
rules. The tech titan must halt the practice of dishonestly promoting its
service over others via its search engine within 90 days, or it will face a
penalty of up to 5% of the average daily worldwide turnover of its parent,
Alphabet. Needless to say, that’s a lot of money.

According to watchdogs, Google’s unlawful practices have led
to some of its rivals losing up to 92% of their traffic. The official press
release states that some competitors were able to recover a portion of their
lost traffic, “but never in full.”

“Google has come up
with many innovative products and services that have made a difference to our
lives,” Commissioner Margrethe Vestager, in charge of competition policy, said.

“What Google has done
is illegal under EU antitrust rules. It denied other companies the chance to
compete on the merits and to innovate. And most importantly, it denied European
consumers a genuine choice of services and the full benefits of innovation.”

How to download and install iOS 11 Public beta and later reverse back to iOS 10.3.2