MTN to acquire DSTV and GOTV 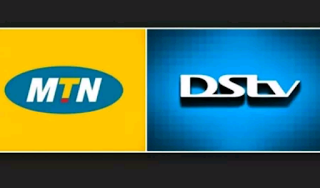 MTN group of companies and MultiChoice Africa have been reportedly to be in talk over the aquisition of the entertainment company by the telecommunication giant.
Related Posts

The parent company of MultiChoice Africa, Naspers Limited, is the franchise owner of DStv and GOtv, which is also a South African company.
According to Bloomberg, the deal between MTN and MultiChoice will not affect the South African Division of DSTV and GOTV, even though the acquisition plan is yet to be made public.

Bloomber said: “A sale is one of a number of options being considered by Africa’s biggest company by market value, and a final decision hasn’t been reached. Naspers and MTN Group have briefly discussed a deal for MultiChoice Africa, but no agreement was reached.”