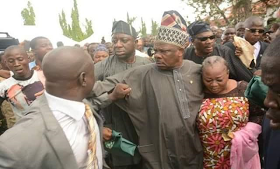 A former Special Adviser to the Osun State Governor, Ogbeni Rauf Aregbesola, Ms Idia Babalola, escaped from angry mob yesterday, April 24, 2017, at the burial rite of the late Senator Isiaka Adeleke held in his premises, all thanks to Governor Ibikunle Amosun of Ogun State and others. 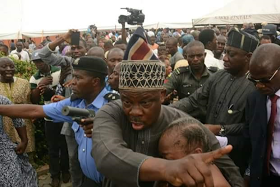 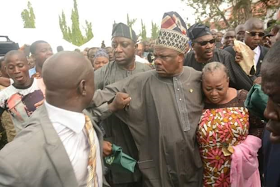 The moment Babalola came in the for the Islamic prayers ahead of the internment of the late Senator Adelake, the crowd which came to sympathized with the family became restless and started demanding that she must leave the premises.
Several pleas from many of the dignitaries at the event, including that of Ondo State Governor, Rotimi Akeredolu, fell to deafened hears as they failed to persuade the angry mob, Governor Amosun personally with some other people had to shield the woman and help her out of the premises.
Following the event, the final prayers before the internment of the late senator was observed and was also joined by the Ogun State governor joined other Muslim faithful.
Related Posts

Recall that Senator Adeleke died on Sunday, April 23 and was buried on Monday morning, April 24, according to Islamic rites. 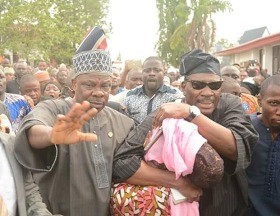 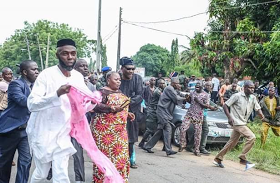 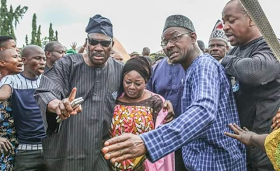 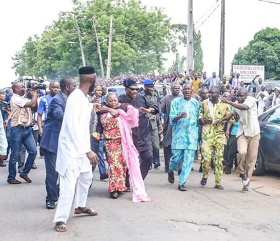 SENATOR’S DEATH: Pathologists says OVERDOSE of PAINKILLER was given to Senator Isiaka Adeleke