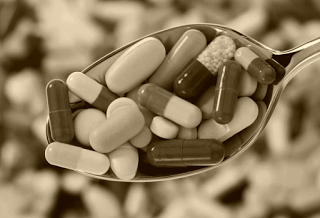 The Sheda Science and Technology Complex (SHETSCO) reveals it has carried out research and development of a Phyto-drug which would be use to treat epilepsy patients.

This was announced by the Minister of Science and Technology during the closing ceremony of the 1 week Technology Expo held at Eagle Square, in Abuja. He noted that the drug was discovered by one of the 17 agencies under his ministry bestowed with the responsibility of discovering local solution for local issues.

The Director General of the agency, in person of Prof. Sunday Thomas, said that the anti-epilepsy drug was made from the root of the plant which belongs to the Celeastraceae family, which was identified and vividly investigated for its chemical and biological properties and use for the treatment of epilepsy.

He stated that the Phytochemical, antimicrobial brine shrimp lethality btest and toxicity test were done. The toxicity test carried out, revealed that the plant material was very safe for human consumption, according to him.

He also said, AM anti-epileptic studies carried out disclosed that the extract from the plant was effective in the control of seizures due to epileptic in Swiss albino mice of both sexes.