Microsoft is known for its suite of apps on app stores that are related to its services. The company’s best known apps are the Office apps that people uses for productivity purposes. We have separate apps for each on app stores and Microsoft has decided to make that easy for us.

Microsoft has publicily released a unified Office App for Android which was only available to Office insiders for a while since November last year. 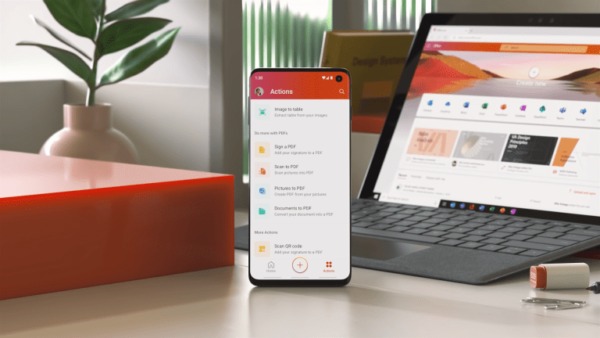 The app, which is almost 100MB on the PlayStoreÂ combines the functionality of the most used Microsoft services. These include Word, Excel, Powerpoint, PDF, Notes and Media.

You can also use the app for other features which include scanning text from images, scanning images using your camera, transfering files to your computer an dnearby devices, quickly jotting down notes and signing PDFs.

The app also features the scarlet orange and white colour scheme that we are used with Office apps. Microsoft usually themed its productivity apps according to their colour scheme (Word was blue, Excel was green etc).

It is unclear whether Microsoft will eventually replace the dedicated Excel, Word and PowerPoint apps on Android. Well currently on my phone, the dedicated Excel, Word and Powerpoint apps gobble up roughly 600MB of storage while the new combined app uses roughly 400MB of storage. When you have a lot of storage, this is not an issue but it is better to have one app that does it all than have several separate apps.