Microsoft has in a blog post yesterday, announced that it will be releasing a new version of Skype with optimizations for devices that still runs on Android 4.0.3 to 5.1. This means that if you are still on those platforms, you are not forgotten.

Microsoft gave an explicit reason for bringing on the new Skype app, saying â€œitâ€™s lighter on both disk and memory consumption, allowing for greater speed and better audio and video quality on lower end Android devices, as well as increased performance in challenging network conditions”. 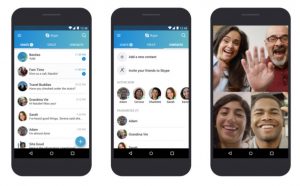 Though the updated app is yet to start rolling out, the company said that’ll happen in the next few days.

The new app will be available to all users around the world.

Windows will not be getting Apple’s new Music, Podcasts and TV