TellForce Blog
Home Leaks/Rumours Nokia 9 is a bezel-less Smartphone according to a leaked render
Twitter
Pinterest
Linkedin
ReddIt
WhatsApp
Tumblr
Email
Print
Telegram
Join Us On Telegram
The forthcoming Nokia 9 flagship smartphone was recently
certified by the FCC, itcame with an amazing list of its specs and features being released earliertoday. Those details are all amazing and dandy, but we are yet to see the phone
itself. 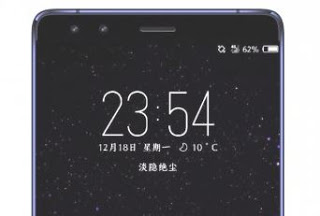 An obliging leak from Chinese social network Weibo can now
assist you in that endeavour. This is appears to really be the Nokia 9, from
the front view.

According to the FCC’s documentation, The smartphone will
sport a 5.5″ OLED touchscreen, a 12 MP + 13 MP dual rear camera setup, the
Snapdragon 835 at the helm, 128GB of UFS 2.1 storage, and a 3,250 mAh battery
with 18W fast charging. It will be running Android 8.0 Oreo. The front camera
is listed as 5 MP, but we assume that’s the resolution employed by just one of
the sensors, and not the primary one. 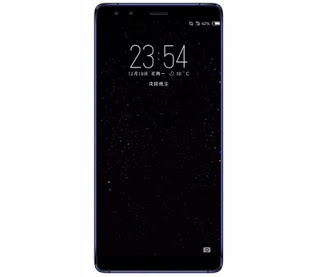 A noteworthy feature is the reduction of the bezels, a mark
that HMD Global has finally joined the moving train of bezel-less. However, smaller
top and bottom bezels has been seen before now, but in any way, this design is
a good change from the Nokia 8’s.
Besides the bezel-less gist, two front-facing cameras could
also be spotted as well as a blue metal frame. But, it’s difficult or even
impossible to tell from this image if the rear of the phone will be glass or
metal. The Nokia 9 is expected to be made official as early as January 19,
though it might be unvieled later.
ALSO READ:  Huawei P30, P30 Pro complete specs leak ahead of March 26 Event

Samsung Galaxy Note 9 Will Be Unveiled On August 9 –...

Leaked! Nokia 9 and X7 Front Does Not Have Notched Displays