Though most people never saw this coming, streaming with
displays in taller mode is fast becoming more the norm due to the way our
smartphones are produce in terms of hardware. As a result, the 16:9 widescreen
aspect ratio will not fit in an 18:9 (or in Apple and Samsung’s case with the
Note8 and iPhone X: 18.5:9) aspect ratio without black bars. 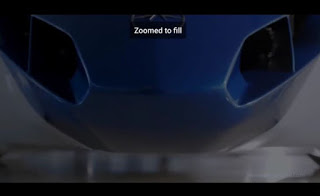 Some manufacturers have added a feature built into the UI
that allows you to change the aspect ratio of the app so you can watch video
without black bars.

For those manufacturers that don’t have such a feature baked
into the UI, YouTube has added support for crop-zooming YouTube Videos so that
it fills up all the usable space. Although doing this may crop some of the
video being watched, many will appreciate the ability to watch YouTube videos
on the entire display instead of leaving out black bars.