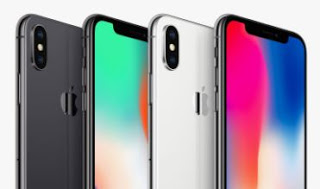 South Korea’s biggest telecom operator – SK Telecom – has
confirmed that it has sold out all of its iPhone X pre-order stock in 3 minutes.
This situation was actually different from the last year scenario which took
the initial iPhone 7 stock 20 minutes to run out.
Around 150,000 iPhone X units were allocated to South Korea,
according to analyst. The iPhone 8 series could boast of 60-70% of the interest
of the iPhone 7 series – possibly due to the iPhone X’s entrance to market.
According to the Korea’s Yonhap News Agency, SK Telecom said
that it had less than half as many iPhone X units as it had iPhone 8 ones and
that the silver iPhone X took about 1 minute to sell out in pre-orders.

It appears that interest in the iPhone X is massive in market
home of Samsung and LG, despite its huge price tag in the country – from $1,237
for the base 64GB model, compared to the $999 US price.