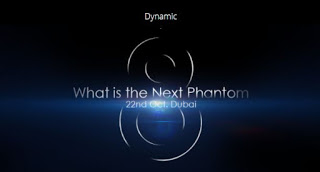 A teaser has come from Tecno Mobile to its fans on social
media about a new Tecno Phantom handset that will be launched on October 22,
2017 in Dubai. Phantom series have always been regarded as Tecno flagship
device.
The new phone is set join breathtaking chain of Tecno
phantom smartphones that began with the announcement of Phantom 5 back in 2015.
The Imminent phone will be the heir to Tecno Phantom 6 and Phantom 6 Plus that
were announced last year.

“There are
breathtaking moments, Moments you wish someone was watching, Cheering you up.
Don’t let that #Legendarymoment slip. #WhatIsTheNextPhantom”  – Quotes from Tecno Mobile

Currently, we have no official information about the name of
device name, however, if Tecno Mobile is to follow traditional numbering
series, then we may be expecting something like “Tecno Phantom 7” and
if it’s going to be in variants like last year model, then “Phantom 7
Plus” may also join. Well, October 22 is just around the corner. 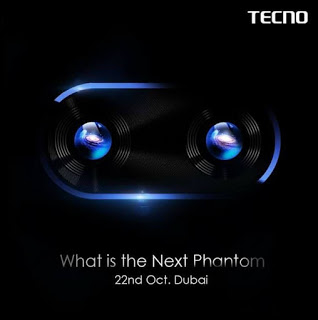 As far as the specs and feature is concern, we are expecting
a 6 inches display, 4GB/6GB RAM, 64GB ROM, 21MP Camera, from the pictures, it appears
like the smartphone will feature dual rear camera setup, a fingerprint, Android
7.1 Nougat to mention but a few.
Tecno Phantom 6Tecno Phantom 7
Share