Samsung to launch foldable phone in 2018

By Andre Falana On Sep 12, 2017
Share
Join Us On Telegram
Related Posts 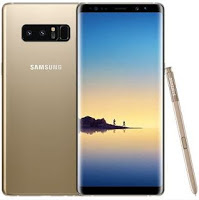 The Galaxy S8 has been available for a while now and the almighty
Galaxy Note8 is already on its way to some user, now the latest speculation now
is the possible emerging of foldable Galaxy phone.

This was revealed by DJ Koh at
an event in Seoul, that such phone is scheduled in next year’s collection and
should be announced in 2018.

Official declaration of a Galaxy with a foldable screen is a
first for the Samsung executive. DJ Koh did not disclose if any present Galaxy
series will get the phone or an entirely new branch will be created.
At the press-conference, DJ Koh also appreciated the loyal
Note fans. He noted that 650,000 phones were pre-ordered in the first five
days, this means the Note8 is going to exceed 800,000 orders until Friday, the
official launch date which doubles that of the Galaxy Note7 pre-orders. 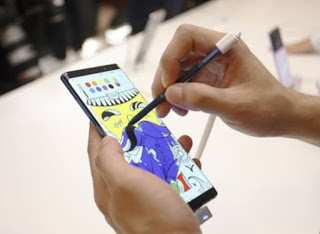 Koh said that the device is ordered across 40 markets, plus
the US and Europe. The 64 GB model is priced KRW1.09 million in Korea, while in
the US it goes for $930. For European customers, they can get it for €999.
However, early owners will be given a Samsung DeX bundled with the phone.
Source
galaxy note8
Share