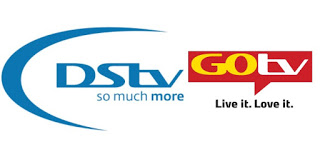 MultiChoice to launch its own Smart TV called DStv Glass

The company says this would allow subscribers watch some
important programmes not available on their bouquet. Though, at an extra cost
to the willing consumers.
According to a report by Telecompaper, the Head of Public
Relations of Multichoice, Caroline Oghuma states that this concept is different
from pay-as-you-go, which has been misconstrued to mean pay-per-view.

“Pay TV operation is
not like the telecom version where you pay for the amount of airtime you want
to use. Pay-as-you-go, as believed by some customers, is not obtainable in the
pay TV business,” said Oghuma.
Oghuma also points out that the PPV model is a global
practice which allows interested parties pay and view special programmes or
events.
“Paying for PPV in
Europe and the UK is equivalent to paying for two months subscription in
Nigeria. We know Africans love boxing that is why we are bringing the best
thing that is happening in the world to Africa.”
Many subscribers of Multichoice Nigeria’s pay-TV service are
currently having issues with the company on its fixed subscription regime.
Some of the company’s pay-TV subscribers state that
Multichoice should extend the pricing model to over all its bouquets. Consumers
say the current pricing regime is unfair and waste of resource as they usually
don’t get the value for their money.
“Having a pay-per-view
could be a good alternative, as to me the current subscription regime is a
cheat on me. Initially, I used to do the full bouquet like N13000 ($42.5) and
then I just thought I was wasting money and reduced it to around N3000 ($9.8).
What I really watch on the DStv is the E!,” said Ms. Olamide, a DStv
subscriber.
Another Explorer subscriber of the DStv pay-TV states that:
“The current regime is a reap-off on subscribers as we should only pay for what
we consume.”
“I feel the PPV thing
should work. I suggest this should be based on option as there many channels
and for the explorer package where they record some of the best movies for you
to watch. Then, how would do this as it would also affect them.”
The debate around which pricing model would best suit pay-TV
consumers in Nigeria is one that is greatly tied to the sufficiency of the
power.
Source
DSTVGOTVMultiChoicePay-Per-View (PPV)
Share

Google deletes your backups after 2 months of inactivity

MultiChoice to launch its own Smart TV called DStv Glass