Google deletes your backups after 2 months of inactivity 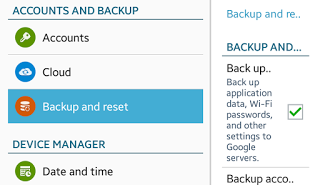 It has just been discovered that Google will get rid of your old Android backups after two months inactivity – if you fail to make use of an Android device for two months.
This important tip was brought to our knowledge by Reddit user Tanglebrook, who learnt his lesson in a bad way – after finding out that all their Android settings, saved Wi-Fi passwords, and app data has all been deleted after switching to an old iPhone of theirs for a period of time.
Related Posts

Upon checking the terms of service from Google, it explicitly say that after 14 days of inactivity, your existing Android backups will get an expiration date, after which they disappear into the thin air.

The only real problem here is that Google didn’t notify Tanglebrook about the imminent removal of their Android backup and essentially prevented them from preventing the disaster from happening, and let’s be real, who would remember that their Android backup is next in line for extermination after using another phone for a couple of weeks? A simple email notification would have sufficed.
Additionally, Tanglebrook laments that it would have been nice to be able to use your existing Google Drive storage in order to store your Android backups for as long as you want, which comes to mind rather easily, but it seems Google doesn’t think so.
source
AndroidBackup
Share