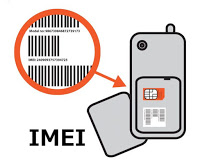 Every mobile network dependent device has a unique 15-digit
identification number called an IMEI number. By network dependent devices, we
refer to mobile phones, USB modems, and Mi-Fis. More accurately, an IMEI number
is allocated to each wireless radio in a device, so a dual SIM mobile phone has
two IMEI numbers. IMEI is an abbreviation of International Mobile Equipment
Identity Number. The number identifies each device and can be used to trace it.
How To Find Your
Phone’s IMEI Number
Your device’s IMEI number can be found inside the back
cover. For mobile phones, you can also enter *#06# and the number will be
displayed on the screen.
Changing The IMEI
Number Of Your Phone
There are people who keep asking about how to change the
IMEI of their mobile phone. The first issue is that it is illegal to do so in
many countries. It is easy to see why: it is a unique identifier. As such by
default, you shouldn’t be wanting to change it if you are not involved in
illegal activities, all other things being equal.
Any Benefits of
Changing IMEI Number?
There are no real benefits to changing IMEI number of your
phone. It does not provide you more privacy, for example. There are
technologies that can identify you even if you alter your phone’s IMEI number.
Also, note that if you change your phone’s IMEI number and
it so happens that the number you replaced it with belongs to another phone
that is already in use, you will end up with a bricked phone.
One benefit that used to exist was changing the IMEI of an
Android smartphone to that of a Blackberry device so as to be able to use Glo
Blackberry internet Service on Android. Glo has since discontinued its
BlackBerry Internet Service (BIS), so that benefit is gone with the wind.
In the end, changing your IMEI provides no real benefits in
terms of privacy or security, poses a risk of killing your phone, and also
opens you up to legal issues. You do not want to be caught on the wrong side of
the law.
ALSO READ:  WIBattack is a new SIM card vulnerability that can call and text
Advertisment

MTN And Lumos To Launch Mobile Electricity On Monday