TellForce Blog
Home News Sony confirms that almost all its 2016 models will be getting Android...
Twitter
Pinterest
Linkedin
ReddIt
WhatsApp
Tumblr
Email
Print
Telegram
Today, Sony brought phones with nice specs to the IFA 2017
show floor. Both the new Xperia XZ1
and XZ1
Compact have truly inspiring flagship specs to boast, which includes a new
OS from the box. 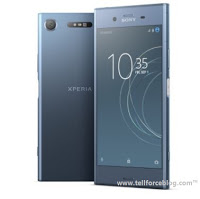 The two devices will be shipped, running a fresh new
Sony-skinned Android 8.0 Oreo ROM from the start-up. All thanks to the Japanese
tech giant’s unwavering love for its current lineup as well. Most of its 2016
handsets will be updated to Oreo. This includes the:

Cureently, there is no info on timing yet, nor any detail on
what Oreo features Sony is going to utilize and make available to its consumers.
ALSO READ:  How To Install Stable MIUI 11 On Poco F1

Jumia Files IPO in NYSE as a German Company