The tech company also introduced the SanDisk iXpand Base for iPhones that will allow Apple users to automatically back up files and photos on the charger/portable hard drive.
Related Posts

The new SanDisk microSD card allows double the storage since the manufacturer managed to took advantage of its proprietary memory technology and design and production processes. Now the die can keep even more data without altering the size of the card itself.
WD said that more 150 billion apps are expected to be installed in 2017, which so many users would store on the expandable memory of their devices.
With the latest microSD, users are allowed to transfer files with 100 MB/s speed which WD calculates as 1,200 photos per minute or topping up the whole microSD with 40 hours of Full HD movies.
The microSD card comes with a 10-year warranty and is available at SanDisk’s website and UK major retailers at the sweet price of £224.99.
Since iPhones users are denied the use of microSD slot, SanDisk has a put them into consideration and announced iXpand Base that is a portable hard drive that acts as a charging pad. It has a rubberized surface and a Lighting cable to put the phone down while the battery fills up with up to 15W charging. Meanwhile, all the files are automatically backed up in the device. 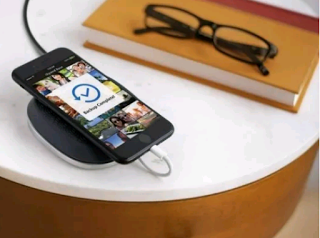 The iXpand base can store up to 256 GB and the prices begins from $49.99 and go as high as $199.99 on SanDisk’s online store.
IFAMemory CardsmicroSDSanDiskStorage
Share

Huawei unveils Kirin 990, built on the 7nm+ process and…