Publishers Can Now Add Their Logos From Their Facebook Page

By Andre Falana On Aug 28, 2017
Share
Join Us On Telegram
Facebook just introduced a feature aimed to increase
visibility on the platform. Publishers can now add several logos to the new
Brand Asset Library. These logos will appear next to any post made by the page,
however, for now, this will only be displayed in the Trending and Search
section. 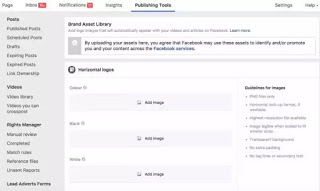 According to a Pew Research Center survey, to back up this
claim, it said:

“This weeklong study
reveals that when individuals followed a link to a news story, they were more
often than not able to associate that link with a particular news source. If
they had followed a link, individuals were asked to name the specific news
outlet(s) they were taken to. On average, online news consumers named a source
56% of the time.” 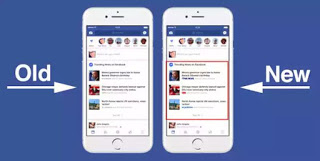 It’s a slight change, but anything that’ll bring increased
visibility to publishers is always welcome. All that remains to be seen is
whether this will have any effect on remembering the source of content found on
social media.
facebook
Share

Samsung to release a Smartspeaker soon

How To Use Text As WhatsApp Status Update