By Andre Falana On Aug 3, 2017
Share
Join Us On Telegram
Ever heard of the Blu R1 HD? It’s one of the top selling phone on Amazon, which costs just $60. But, last year November, researchers found out something about the phone that raised more than a few eyebrows. 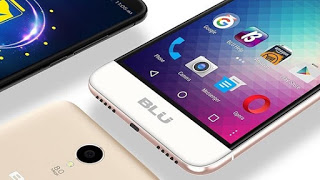 The phone was caught sending private data to China. The company behind the spying software, Shanghai Adups Technology, describe the occurence as a mistake.

However, it has been discovered that the software provider is still working on other phones and doing the same job but the software has become more secretive about its activities.
At the recently held Black Hat security conference, researchers from Kryptowire, a security firm, revealed that Adups’ software is still sending devices’ data to a company server in China without alerting people. Kryptowire said it has observed Adups sending data without telling users on at least three different smartphones. However, an Adups spokesperson said that the company had resolved the issues way back in 2016, and that the issues do not exist anymore.
It is worth mentioning that Adups’ secret data funneling to China was discovered mostly because the Blu R1 HD was the top-selling phone on Amazon. The issue still persists on other low-profile devices, according to Kryptowire. For instance, the Blu Grand M, which goes for between $60 and $75, still had this problem six months after Adups admitted their mistake.
Related Posts

The researcher discovered that the phone was sending data to China containing a list of installed apps, used apps, unique phone identifiers like the MAC address and IMEI, and also the phone number and cell phone tower ID. Now, some of the more aggressive spying would send a person’s browsing history and bookmarks.
This spyware has not been found on devices that cost more than $300, as Adups is mostly installed on cheaper devices. Also, it is not restricted to Blu devices. In fact, it seems pretty widespread on lower-end smartphones. It is still unclear what happens with the data once it gets to the servers in china, though.
Below is a list of manufacturers with affected devices:
Via
Android
Share

How To Fix A Dead Pixel On Mobile Devices