By Andre Falana On Aug 3, 2017
Share
Join Us On Telegram
Almost everyone is aware that Android O is currently
under development, with 4 developer beta builds now out for enthusiasts who
wish to try it out. Nevertheless, an official date for the final version is
still unknown, as usual. 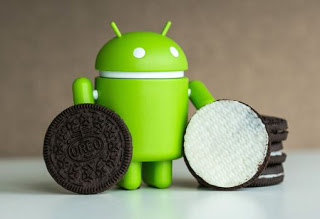 David Ruddock, a tech pundit appears to be convinced that
the official update is about to start rolling out next week. Not too quick to
jump up — he had initially predicted such back earlier in June, referred to a
source which he claims is dependable.
Related Posts

Yesterday, he tweeted on the matter yet again, claiming that
the official Android O should be hitting Pixel devices within a week. But for
what the O stands for — it’s still masked in secret.
Even if Mr. Ruddock’s info is accurate, there could be a
push again in terms of date, due to some last minute changes which could force
Google’s hand. Issues and ideas emerging in the eleventh hour could be a good
reason why Google doesn’t want to announce update times, thus releasing it when
it’s done.
The timeframe appears real, recall Android 7.0 Nougat was
pushed to Nexus devices on August 22, last year, so this year August could
follow the same path.
Source
AndroidAndroid 8.0 Oreo
Share