By Andre Falana On Jul 7, 2017
Share
Join Us On Telegram
The federal University of Technology, Akure (FUTA) has said that five satellites of the BIRDS-1 Project, including the Nigerian CubeSat, code-named Nigeria Edusat-1, would be released from the International Space Station 1SS KIBO (Japan Cubicle) into the orbit today. 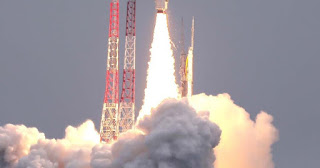 The live event can be viewed via YouTube through https://www.youtube.com/watch?v=sP5YZi5usHc.

The Nigerian CubeSat is designed, built and owned by FUTA in collaboration with National Space Research and Development Agency (NASRDA), Abuja and Kyushu Institute of Technology Japan.
A statement made available to journalists in Akure yesterday by the Head of Information Unit of the institution, Mr. Adebanjo Adegbenro, stated that the project had reached the final stage.
Adegbenro said that with the deployment, the satellites would go round the earth taking images and other critical data, which could be viewed and analysed at the ground stations one of which would be based at the FUTA.
Besides, Mr. Ibukun Adebolu from FUTA’s Department of Mechanical Engineering who is the representative of Nigeria on the project, stated: “NigeriaEduSat-1, along with the four other nanosatellites of the BIRDS constellation will perform three onboard missions.
Related Posts

“First, we aim to take low and high resolution pictures of each home country of the participating members of the constellation. Each satellite is equipped with a 0.3 megapixel camera as well as a 5 megapixel camera.

“We hope to capture distinct features of each target country, including borderline images, major rivers etc. The second mission on board each satellite is aimed at space education and outreach. Popular songs and poems are converted into digital format and uplinked to the satellite.”

“The satellite stores the uplink file, re-assembles it through an onboard digi-singer synthesiser and retransmits the file as an audio file that can be received on ground by amateur radio operators.”

Adebolu noted that the “mission is aimed at promoting interest in satellite technology and space careers among children and youths, who can participate by coding the songs to be re-transmitted during major outreach events.

“The third onboard mission has a scientific nature. It involves the measurement of atmospheric density in the region 400 kilometres above earth,” he said.

Meanwhile, the Vice Chancellor, Prof. Joseph Fuwape, said with the steady progress being made on the project, the university had acquitted itself creditably as the country’s leading university of technology. He said FUTA would ensure that the country reaps maximally from the project and will lead the dissemination of scientific knowledge in that field of satellite technology.
Source
Share