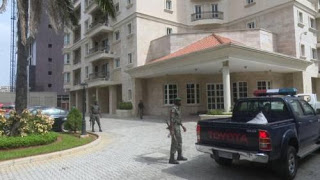 Some flats in the Ikoyi building where N13 billion was discovered on April 12, has been reportedly searched by the men of the Economic and Financial Crimes Commision EFCC yesterday, April 18, 2017.

On of the flats searched was own by a former governor of Anambra state, Peter Obi, and another one belongs to the former PDP chairman Adamu Muazu. That of the former NNPC Managing Director (Retail) Esther Nnamdi-Ogbue was not left out.
Recall that Sahara reported had initially reported that the money belongs to two of the above mentioned. Some other people’s flats including unoccupied ones were also searched by the antigraft agency. 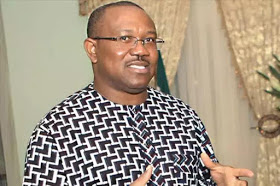 He said the flat owned by the former Governor Peter Obi was rented by his wife, Margaret Obi and he lodges in the flat anytime he has any engagement in Lagos State.
The statement released reads thus:
“The media aide to former Governor Mr. Peter Obi has confirmed the search by the EFCC of Flat 1, occupied by the former governor in the building where the agency discovered large sums of money.

“The apartment was rented by the wife of the former governor and it is where Mr. Obi usually stays anytime he is in Lagos. Even though Mr. and Mrs Obi had travelled to the USA and the UK for speaking engagements, when we relayed the message of the search to him, he quickly sent the keys to the four-bedroom apartment to the EFCC via courier.

“He even left instructions that we should allow them to also search his Onitsha residence should there be a need for that. After the thorough search, nothing was found in the apartment.”
corruptionEFCCLagosMoney LaundryNews
Share

Thousands of Bibles set ablaze by Pastor, says they misleads his congregation