The soon-to-be-launched Nothing Phone (1) has been confirmed to be powered by the Snapdragon 778G+ SoC. The Nothing Phone (1) is a transparent smartphone that is expected to be unveiled on July 12. The smartphone’s chipset seems to be the last puzzle to be unearthed for the much-hyped device. 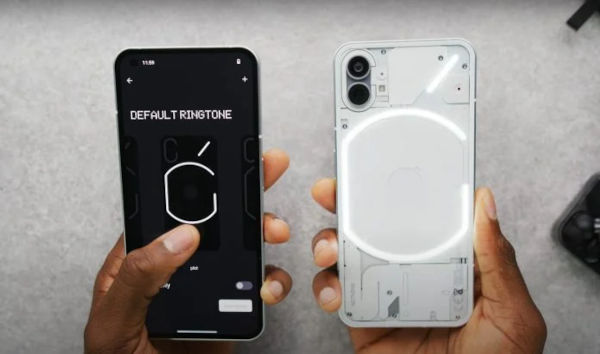 The Nothing Phone (1) comes with a unique transparent design. Its images and videos have serenaded customers’ imagination since Nothing started releasing them. It has a Glyph interface consisting of 900 embedded LEDs. These lights up the phone during notifications, camera use, and so on.

Qualcomm’s Snapdragon 778G+ chipset is a mid-range processor and is custom-tuned for the Phone (1). It is less powerful than the premium Snapdragon 8 Gen 1 chip. It remains to be seen how the stated SD 778G+ chip will place the Nothing Phone (1) performance-wise.

The Snapdragon 778G+ chip features wireless charging and reverse wireless charging unlike the base chip the SD 778G. So, it straddles between the mid-range and flagship cadre due to a few features. The choice of a mid-range chipset for the Phone (1) was driven by performance, power consumption, and cost considerations.

Furthermore, according to a recent leak, the Nothing Phone (1) will feature a 6.55-inch OLED display that carries support for a 120Hz adaptive refresh rate.

The smartphone will house dual rear cameras with a 50-megapixel primary sensor having an f/1.8 aperture. The leak suggests that the smartphone can record 4K videos at 60 fps. The phone will have an aluminum frame and symmetrical bezels.

Nothing Phone (1) Price and Availability Revealed

The prices in Europe are drastically higher than the rumored cost in India. The Old Continent is going to be one of the major markets for the phone (1) after Nothing confirmed the new device will not be available in North America.