Alas, it’s finally here. The much awaited WhatsApp dark mode is finally available out of beta mode and now available for all users on both Android and iOS platforms. The feature is “designed to reduce eye strain in low light environments“, and “prevent those awkward moments where your phone lights up the room“.

WhatsApp has finally announced that its messaging app for both Android and iOS is getting a dark mode. The updates which have the feature will roll out across both platforms within a few days.

WhatsApp has beenÂ testing a dark mode for couple of months now, and has finally marks the moment when the feature isn’t just available for beta testers anymore. Everyone will be getting it soon.

Understandably, this has been by far the most requested new feature for the Facebook-owned service. It’s a bit surprising that it took this long to come, especially as both Google and Apple released new mobile OS versions last year that came with a full dark theme. 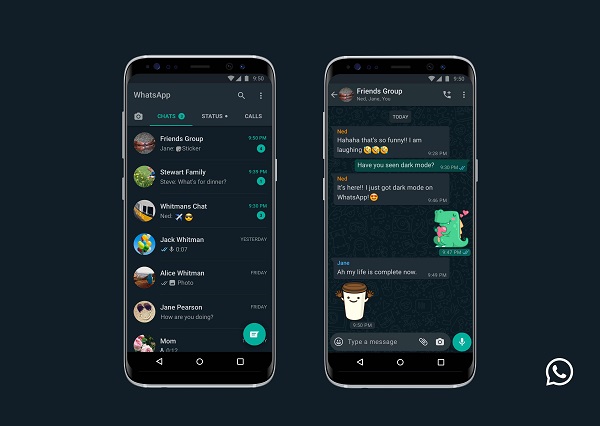 It’s focused on readability, so the color palette was chosen to minimize eye fatigue and go with hues that are “closer to the system defaults on iPhone and Android”. Additionally, color and other design elements are used to make sure the most important information stands out.