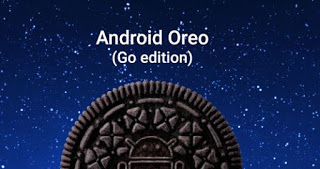 Please don’t be confused when I say this is the second time
Google will officially announced Android Oreo (Go Edition). Before now, it was
known as Android Go, this new OS version of Android is designed mainly for
low-end Android devices with low memory and data usage in mind.
Android Oreo (Go Edition) is different from the standard
edition of Oreo in three main areas; firstly, it’s a streamlined operating system, optimized
default apps and an optimized
version of Play Store that
highlights lightweight apps.

The Go Edition has improved speed and reliability on low-end
hardware, with 15% faster app performance. You also get 2x more free storage as
the OS and built-in apps take 50% less space. There is also a data saver
feature built-into apps and you can also control your background data
consumption.
Related Posts 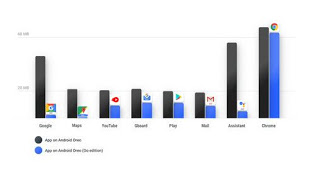 Lastly, the Play Store itself has been optimized to
highlight lightweight apps. You can still download any app you want but it will
have a Featured Apps section populated by apps optimized for low data use. 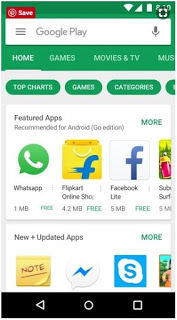 Android Oreo (Go Edition) will officially release with the
launch of Android 8.1 tomorrow, December 6. It will start shipping on actual
devices in the coming months.
AndroidAndroid Oreo Go Edition
Share