Microsoft set to introduce tabs to every Windows 10 app

By Andre Falana On Nov 30, 2017
Share
Join Us On Telegram
Currently, Windows 10 doesn’t support multiple tabs for apps, but it’s one of the most popular requests from users. File Explorer, especially, doesn’t have a tab switching interface, as opposed to Finder on macOS. Well, that’s about to change. 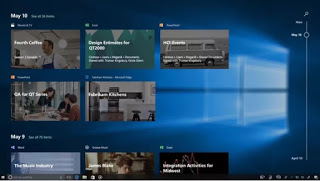 Microsoft is introducing a new feature called “Sets.” It’s a new tab interface Windows 10 testers will get to experience in the coming weeks when using Universal Windows Apps. It appears the company is getting as much feedback as it can from Insiders before launching Sets officially. 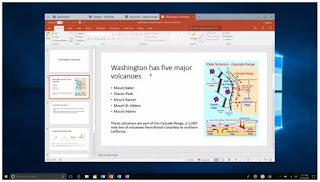 Sets is essentially a way to group similar tasks together. That’s really what it is.
Related Posts


For instance, suppose a user is working on a Word document but needs to research extra data from the web or obtain notes from another app. Logically, they’d open up respective apps to get what they need, but Sets allows users to perform these tasks by opening new tabs. So directly within Word, users can view their notes and look for data on the web. It’s designed to create a straightforward user experience where all relevant tasks are consolidated and accessed via a single app.

It’s hard to gauge just how useful this new Sets feature is, but according to The Verge, which saw early concepts of it this month, it feels as if Sets should have been a standard Windows 10 feature from the get-go. Sets does make perfect sense if one thinks about it. Workspaces can get chaotic really quickly — why not refine that experience? Why not adopt a system where tasks relevant to this workspace are accomplished within a single app only? These are questions Sets answers.


How Sets Work Within Windows 10 Apps


“With Sets, what belongs together stays together — making it easier and faster to create and be productive,” wrote Microsoft in a blog post. “The concept behind this experience is to make sure that everything related to your task: relevant webpages, research documents, necessary files and applications, is connected and available to you in one click.”

Microsoft is reportedly planning to extend this feature to standard desktop apps such as File Explorer or Notepad and eventually to apps that have custom titlebars. In early 2018, an updated version of Office for Desktop will add support for Sets.

Here’s something really interesting: Sets includes a universal search feature built on Edge , the company’s internet browser. A new blank tab even looks similar to the interface featured on a new blank tab on Edge. This means Microsoft is essentially integrating Edge into the shell of all apps in Windows 10, a move that will certainly generate tons of discussion.

Microsoft is releasing Sets for a small portion of Windows 10 users in the coming weeks, as mentioned. Check out a video of Sets in action below, and as always, feel free to sound off in the comments section as well!
OS
Share

Puffin OS: A New OS that wants to make $100 phones Faster as flagships