iPhone X Tesla: The re modified iPhone X with solar panel on the back

By Andre Falana On Nov 2, 2017
Share
Join Us On Telegram
The Russian company that manufactures custom-made iPhones witha golden plaque of Donald Trump and Vladimir Putin now launched the iPhone
X Tesla with a solar panel on the rear. The latest modified Apple flagship is
the second Caviar-customized model in 2017 following the meteorite-coated
iPhone X released in September. 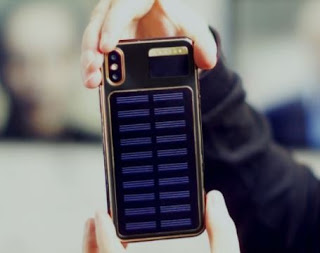 Caviar said, you will need to have your phone screen laying
down in order to allow its back gathers energy from the sunlight – to charge
the device. The body as well has PVD coating and shockproof plate. A golden
plate is also placed next to the camera setup.
Related Posts

The luxury phone re-making company directly swaps the glass
body with a titanium one. It comes with 24K gold rims around the back edges and
the camera bump. 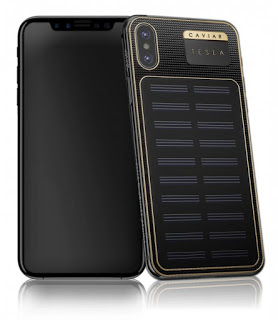 According to Caviar, the self-charging iPhone X is inspired
“by three great scientists Nikola Tesla, Steve Jobs and Elon Musk”, although I
doubt if any of the above mentioned would imagine making such a device with questionable
choice of fashion. 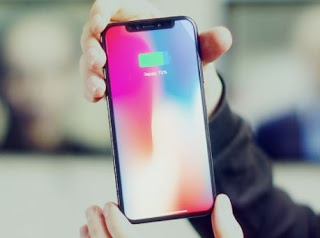