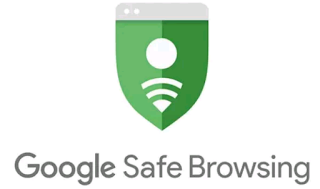 Safe browsing is what pops up as a warning when attempting to access a potentially harmful site. Since 2007, some version of Google’s Safe Browsing has been busy protecting users from potentially dangerous websites.

Now, this year, Safe Browsing is marking its tenth anniversary. According to a Google’s report via its blog post, about 3 billion devices have enjoyed the protection provided by Safe Browsing as of 2017.
Aside the pop-up warnings, there’s a lot going on behind the scenes with the feature. Thus, users are still protected even if they do not see the red warning label. Many different systems are working in sync constantly to identify the threats that are present on the web.

This list of dangerous sites is used by many of Google’s services. It ensures that search results do not lead users into dangerous place, helps keep out inappropriate ads, and it is a part of the process that shields you from malicious emails.
Google shares its Safe Browsing tools with other companies too. For example, Apple and Mozilla both make use of Google’s research into the shadier parts of the internet to protect people who browse on Safari and Firefox browsers. Also, other web and app developers enjoy the benefits of these tools.
Safe Browsing has become bigger than it was when it was first launched. Its protection has improved in other ways too. For example, Google has been able to streamline the amount of data that needs to be beamed out, due to the rise of mobile devices.
Presently, Google is planning to continue making improvements to the service. Machine learning has helped the service to scope out malicious content from the masses of sites and services that make up the internet. These techniques have grown more sophisticated over time too.
The tech giant also sees artificial intelligence as having just as much of an impact on our browsing behavior as the advent of the smartphone. Therefore, Google is committed to making sure that Safe Browsing keeps up with the times.
Source
Safe Browsing
Share

UC browser is back on Google Playstore

UC browser is back on Google Playstore