By Andre Falana On Aug 11, 2017
Share
Join Us On Telegram
Related Posts

Ibrahimovic has announced the launch of the mobile action game with an advert which shows him in an animated form wearing a robot suit. 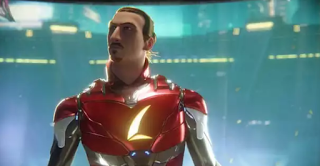 The advert starts with a slow zoom out from a close-up of the suit which expands to show Ibrahimovic in a robot suit.

“I thought there were no challenges left ,” Ibrahimovic’s voice says in the background.
“That’s when they came – a new game, new rules and a new rival. 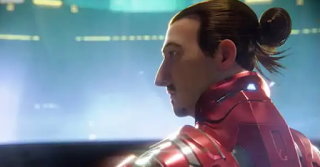 “Someone I know very well. On this day, the universe will know… there is only one Zlatan ,” he added as the shot expands to show him in a robot suit.

The game called ‘Zlatan Legends will be released on August 17.
According to Swedish studio ISBIT Games, ‘Zlatan Legends’ is a ‘fast-paced, action-packed mobile game set in space’.

While he is launching his game, the striker is still without a club since he was released by Manchester United at the end of last season following a serious knee injury he had in April.
Jose Mourinho has revealed that it is possible for the striker to return to the club.

“It’s open. Of course, we wanted to be honest and open for him to make a decision in case his desire was to leave.

“There was not a new contract, but there was a space of time for everybody to think, feel and decide.”

Ibrahimovic who is recovering from the knee injury scored 28 goals for Manchester United last season.

He won the League Cup and the Europa League in his first season at Manchester United.