Telegram brings on “disappearing photos and videos” feature to its app 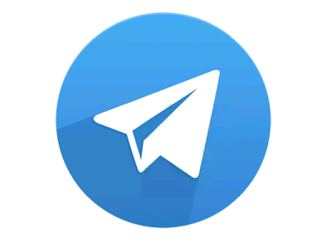 Telegram is well known for its encrypted messaging service and pretty emojis. The messaging platform recently added another feature to keep its privacy at the top. Now, the app allows you send disappearing photos and videos to your friends. These photos and videos vanishes after a few seconds, or you can set the timer for how long you want the media to stay before it disappears.
If this sounds familiar, it is because this feature is similar to Snapchat’s self-destructing photos and videos feature. Snapchat has seen a lot of its features cloned by other platforms. In the last year, the same feature has come up on Instagram, WhatsApp and the Facebook app.
The main difference between Snapchat’s version of the self-destruct media feature and that of Telegram is the timer. Telegram lets you set a timer, which you can set anywhere from one second to one minute, to delete the pictures or videos once they have been sent.
Related Posts

Furthermore, if the recipient tries to take a screenshot of your message, you get a notification immediately. The media can only be viewed on the devices used to send or receive it. also, the feature does not work on Telegram’s Web platform.
This feature has been touted as a way to improve privacy on the platform. however, it might be coming at a bad time, given that some governments believe that the app offers a safe haven for terrorists to spread extremist ideas and plot attacks.
After all, in the aftermath of troubles in Russia recently, Telegram got banned in Indonesia, where the authorities claimed to have detected “thousands of communication activities [on Telegram] leading to terrorist activities.”
Telegram announced this feature alongside some other changes to its mobile app. these include better photo-editing tools and the ability to add a bio to your profile. These are available in the latest version of Telegram, which was announced as Telegram 4.2.
AndroidTelegram
Share

Here is a hat with a speaker; Atari launches the Speakerhat