The Apple iPhone 8 launch date has still not been official released. However, this is not stopping its maker from making plans for the next iPhone, based on reports flying around.
Apparently, Apple has chosen LG Chem as the exclusive supplier of batteries for the iPhone 9, set to be released in 2018. According to an unnamed source, LG has apparently invested hundreds of billions of South Korean won specifically for manufacturing facilities, and will begin full-scale production early next year. Also, the source added that the iPhone 9 will likely be released in the second half of 2018.
Apple will allegedly opt for an L shaped battery module on the iPhone 9. This is different from the standard batteries used in current iPhone models. This new module is designed to support longer battery life.
The L shape battery rumors are not new, as they first started with the iPhone 8 in February. Reports claimed that the iPhone 8 will include a 2,700 mAh L shaped two-cell battery pack as well. With a more expensive logic board design, the OLD iPhone would have similar dimensions to a 4.7-inch iPhone, but with comparable battery life to a 5.5-inch iPhone, or possibly even better.
Currently, iPhone models include a battery and motherboard placed vertically next to each other. Apple is reportedly working to make the motherboard smaller, which would give room for the extended L shaped battery. With this design, the iPhone will also be able to charge at much faster speeds than any other model now.
This new battery design would also bring about new charging methods for the iPhone. For the iPhone 8, reports suggest that it will not only have a Lightning port, but also an embedded USB-C power delivery IC, which results in higher charging efficiency. The OLED display also adds to saving battery life since it consumes less power by not using a backlight.
It remains to be seen if Apple will include the L-shaped design in the iPhone 8 along with other features like Touch ID, facial recognition, and wireless charging. However, it does seem like whatever does not make it into the upcoming iPhone 8 has a good chance of being included in the next iPhone.

Microsoft Outlook On Android and iOS Gets New Features 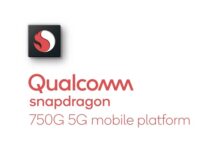