Apple wants you to start accessing your health data from iPhones

By Andre Falana On Jun 16, 2017
Share
Join Us On Telegram
Related Posts

Wondering how to get your lab result from the hospital or medication
or health guide from your doctor, all you will soon need is just owning an
iPhone for accessing your health data. So convenient, isn’t it? Great thing
about this is that, there will be no need to log on to the medical center’s
website. 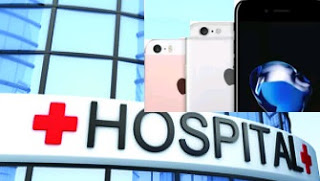 CNBC reported that Apple is currently in talk with hospitals,
developers and other related bodies. The American tech company plans to introduce
hospital data, similar to lab results to the market via iPhone. Users can
allegedly choose to share the data with hospitals or any concerned party.
Principally, Apple would build a central management system
for health data, which is similar to its centralized management system created for
music – iTunes.
This is not the first time Apple would dive into healthcare industry,
it has providing support on fitness and wellness for its users. So, this creativity
is a step in a different course by Apple.
Though, there’s a little problem. Patient’s health data are
not easily shared between medical practitioners working in the same hospital,
not to even say from one health center to another. This practice still happen
in this modern days of technology. This issue is referred to as the “interoperability crisis”, and some experts
in the health industry claimed that this is in fact hurting patients. It primes
to missed diagnoses and needless mistakes.
Recently, the tech giant met with some health IT companies
in order to make the dream come true. Some of those companies includes The
Argonaut Project, a private sector initiative which promotes the implementation
of open standards on health information. Another company in talk with Apple is The
Carin Alliance, an institute which is looking to provide patients a vital role
in monitoring their own medical data.
If Apple succeed in this project, it would be referred to as
a major breakthrough in technology as other tech giants have taken huge steps
to solve this problem over their own web-based patient health record services
but later back off. Example is that of Google, which shut down its healthcare service,
Google Health, way back in 2011 due to a lack of pull from the market. Though,
suggestions stated that Google’s idea was too early, so Apple’s case might be
different.
Source.
Share

Gionee A1 Lite Specification and Price

How to activate Etisalat 1GB data with just N200