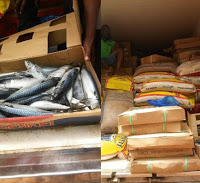 The items in summary already have a Duty Paid Value (DPV) of
₦10, 573, 000.00 (Ten Million Five Hundred and Seventy Three Thousand Naira) based
on the statement released on Thursday, April 6, 2017.
The statement stated that the frozen fishes had recently
come under regulated product in Nigeria with glaring rules which anybody who
wishes to import fish must follow before embarking on importation of such.
The Ogun area Comptroller, Gangua said: “For the avoidance of doubt, apart from fulfilling all import
guidelines, there must be a fishing license/permit from Federal Ministry of
Agriculture and Rural Development by importing company and such importation
must be subjected to National Agency for Food Administration and Control
(NAFADAC) inspection/certification among others.

“Pursuant to the
Federal Government Policy on fish importation, the Nigeria Customs Service is
working assiduously at ensuring that our dear country is not turn into a
dumping ground of not only fish but other restricted items. 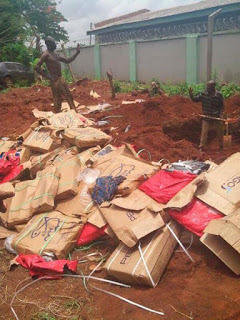 “It is my
pleasure to once again welcome you to Ogun state Customs Area Command, today is
exactly one week after we met in this environment in an effort to succulently
keep you informed on series of successes we are recording in the effective
discharge of our core functions (i.e revenue collection, anti-smuggling and
trade facilitation).

“In contravention
of the aforementioned rules and guidelines as contained in the government
policies and extant circulars, the goods have been seized and the frozen fish
will be destroyed accordingly.” 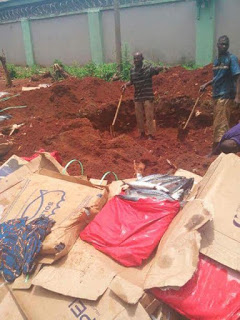 “I will like to seize
this opportunity to reiterate my appeal to the traditional rulers and eminent
personalities in the state to deploy all necessary mechanism in discouraging
the activities of their wards that indulge in smuggling. We believe that,
patriotism entails sacrifice and devoted service to our beloved nation.” 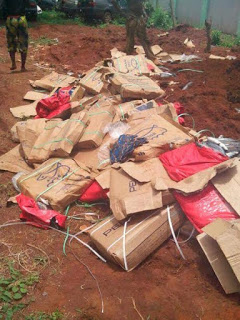 In connection with the seized items, a suspect by identified
as Seseh Idowu, a native of Benin Republic has been apprehended and is assisting
the Command with some necessary information.
Import dutyNewsNigerian Customs ServiceOgun
Share