N272 billion to spent on 2018 census by President Buhari 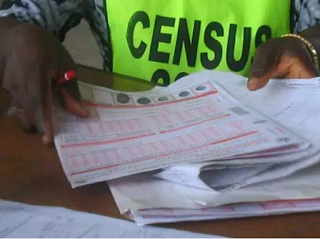 According to the Director-General, DG of the National Population Commission, NPC, Dr Ghaji Bello, said an estimated amount close to N272 billion has been booked for the proposed 2018 national population census.

The DG told a reporter of the News Agency of Nigeria, NAN, in New York that the Federal Government of Nigeria was expected to released 51% of the fund for the exercise while the international donor community would deal with the remaining 49%.
Dr Ghaji Bello further added that the National Population Census would take place in 2018 if all the logistics needed are provided. He said the exercise was supposed to have been conducted in 2016, according to the international standard.
“If we are given all the resources that we need today, we may need possibly the first quarter of next year before we can do proper census.
“Because there are quite a number of processes that have to be undertaken as part of the preparatory activities between now and the actual census phase itself.
“The submission we have made to the Federal Government is in the region of N272 billion. But the good thing is that that the N272 billion is not for one single year.
“It is spread along a four-year tenure. There’s pre-census activities, that is the preparation; the actual census proper itself and the post-census enumeration activities.
“So maybe you are looking at an average of maybe N40 billion in the first year, another N100 billion during the actual census itself and then the balance during the last year.
“But the beauty again is that not all the resources are normally provided by the government of the federation.
“The international community does come in and supporters like EU, USAID ; from the previous record that we have, the ratio is 51 to 49 per cent.
Related Posts

“The 51 per cent is provided by the Federal Government while the 49 per cent is provided by the international donor community.
“Therefore, it is something that once government makes a proclamation, then it means that the country is ready and the international community will come and support the government,” the DG said.
The Director-General also noted there was the need for the FG to leverage on the assistance to be rendered by international community, saying this would reduce the burden on the government.
“Normally, there is no country that does census on its own and more so, it is a very capital-intensive activity. Funding is important because we have to demarcate.
“There is an exercise that is called Enumeration Area Demarcation which is supposed to be the foundation or the building block of census.
“And that is supposed to be carried out in every hamlet, every village, every local government, every household and then the entire nation.
“That is normally a costly exercise, very expensive. And of course, up till now we have only been able to do 74 local governments out of 774.
“It means we have done only 10 per cent. So for us to be able to do the remaining 700 local governments, it means there is a lot of work to do.
“Essentially we are on track; we have the capacity in-house but again there are quite a number of things, unless you are funded, you won’t be able to move forward,’’  he said.
Bello also said that the census would allow the government to have the accurate data of its citizens which aid proper planning in every sector.
Bello added: “That planning means you are going to optimise in terms of your allocation of resources to those sectors that really need that intervention.
“Census has implication for trade, for manufacturing and for security because we will have the biometrics of every Nigerian.
“Then it means making life easy for security outfits like the police, EFCC, ICPC and the military because you can monitor even the scene of crime from the data that you have collected.
“So serious countries actually collect data and it is the data that they use in order to govern their society.”
NewsNPCPopulation CensusPresident Buhari
Share