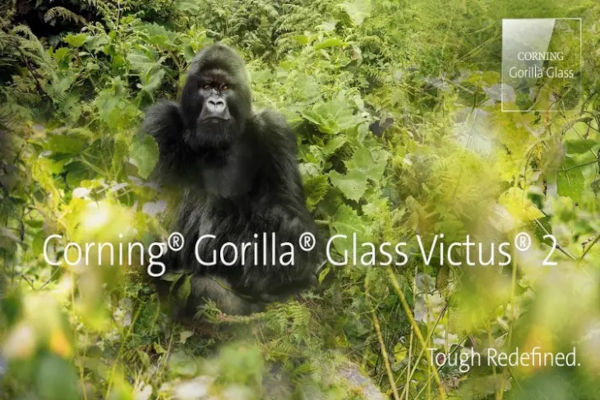 The new Gorilla Glass Victus 2 offers improved drop resistance while delivering 2x scratch resistance, which is the same as its predecessor. Let us drive in for more details.

The Corning Gorilla Glass Victus 2 comes with a new glass composition, which can save the devices from accidental drops even on surfaces like concrete and asphalt despite phones being 10% bigger and 15% heavier. The drop performance has improved by up to 1m on 80-grit and up to 2m on 180-grit. It is said to be up to 50 times better than the competitors.

This time, the focus is more on drop resistance as opposed to both drop and scratch protection that was central to the Gorilla Glass Victus 1.

David Velasquez, Vice President and General Manager of Gorilla Glass, said, “Smartphones are the center of our digital lives, and the requirement for exceptional scratch and drop resistance has only increased with our growing reliance on clear, damage-free displays. Surfaces matter and rough surfaces like concrete are everywhere.“

The new Corning Gorilla Glass Victus 2 is meant for smartphones, smartwatches, tablets, Notebook PCs, cameras, smart home devices, and many more. The company is in talks with several companies and is expected to reach devices in the coming few months.