MediaTek recently launched the Dimensity 9200 flagship 5G mobile chip. The chipset does not only supports 5G networks, it also supports the future Wi-Fi 7 wireless connection. Thus, this is a Wi-Fi 7-ready chip. 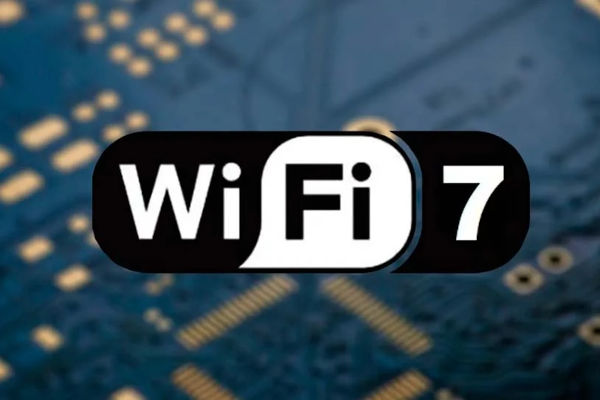 Average users have no idea what advantages new techs have. For instance, how many of you know the differences between Wi-Fi 7 and the previous standards? To clarify this, we need to learn about some terms.

What Is A Wi-Fi Protocol?

First, there are different Wi-Fi protocols. In this regard, Wi-Fi 7 has got a big Wi-Fi protocol change. We guess you are familiar with these protocols: 802.11n, 802.11ac (wave1, wave2), and 802.11ax. You have seen them many times, even if you don’t know what they are. We realize that an average user doesn’t know what those numbers and letters mean.

In 2018, the WiFi Alliance designated the 802.11ax standard as the sixth-gen WiFi technology. Plus, it made WiFi protocol naming simpler. In other words, they decided to make the Wi-Fi protocols “readable” for average users:

Thus, looking at the Wi-Fi protocol names, users will realize which one is fresher and theoretically better. We’ll introduce the key specs of the mentioned Wi-Fi protocols.

5GHz signals have many advantages, and they refer to many aspects. They include few sources of interference and fast transmission rates. But 2.4GHz signals still “penetrate walls” better. 5GHz signals have nothing to show off in this aspect.

In contrast, 2.4GHz terminal equipment is cheaper. So when you need routers or other equipment that do not require high transmission speed, you already know what to choose.

The transmission speed of Wi-Fi 4 reaches 600Mbit/s (600 Mbps). In simpler words, its download speed is 600 megabytes of broadband. As you guess, this is the theoretical speed. In reality, no Wi-Fi 4 equipment can reach such results.

Later, the 802.11ac wave2 standard was released in 2015. They made beamforming and MU-MIMO functions more popular. We should note that 802.11ac only supports terminals in the 5GHz band.

In other words, this version of the Wi-Fi protocol further improves the Wi-Fi transmission rate and provides higher download speeds for multiple users. Note that it optimizes only downlink and not uplink.

In terms of network speed, the impact on average home users is not great. Now, the upper limit of home broadband in most cities is 1000 megabytes. Wi-Fi 5 is also sufficient to control the speed of gigabit broadband.

Moreover, many smart home appliances connect to the so-called “master controller.” Then, the latter connects to the home network. If so, the wireless router “sees” only one device directly connected to the network.

We can’t say the same for enterprise users. They need high transmission rates, and there are many simultaneous users. Many enterprises have actual needs for 10 Gigabit networks or even higher-standard networks. And the number of devices connected to enterprise Wi-Fi networks is much higher than that of home users. Wi-Fi 5 can’t meet these needs.

In addition to the Wi-Fi 6 protocol, there is also a Wi-Fi 6E protocol. Wi-Fi 6E adds the 6GHz frequency band based on Wi-Fi 6. The new frequency band has less interference and faster speed.

The 802.11be (Wi-Fi 7) is still in progress. But some “early version” devices are already starting to hit the market.

The goal of the Wi-Fi 7 protocol is to increase the throughput rate of the WLAN network to 30Gbps (or even 40Gbps) and provide low-latency access. In order to meet this goal, the entire protocol has made changes in the PHY layer and MAC layer. Due to many changes, this protocol will support 500+ simultaneous users per channel and provide twice faster download speed than Wi-Fi 6, which allows users to download a 25GB 4K Blu-ray movie in seconds.

It seems that the first users of this technology will be enterprises. For home users, this kind of transmission rate should be required only when playing VR games or using some metaverse apps.

Here Is The Best Alternative To Google Maps

How to Pick a Gaming Laptop for Shooting Games?