The e-Streetzone single-battery model has a range of 61km when operated in Eco mode. The range of the battery reduces to 51km in the Boost mode. The e-scooter can reach a top speed of 25km/h and 45km/h respectively. With dual batteries on the electric scooter, the range is 112km with the Eco mode and 96km with the Boost mode. A single battery weighs about 12kg hence the scooter has a weight of 102kg with two batteries and 90kg with a single battery.

Remarkably, the battery can be easily removed from the seat compartment and recharged using mains electricity for up to 5 hours. Fast charging is also supported with the e-scooter.

The e-Streetzone delivers maximum torque of 105Nm and is well-suited for urban commutes. It has an hydraulic suspension at both ends with 110/70-12 tires. It has a solid brake system consisting of a disc brake at the front and a drum brake at the rear.

An LCD screen provides a quick peek at battery status and other information. There is a USB charging port to help you charge your device while on the go. There is a bag hook in the space under the handlebar. 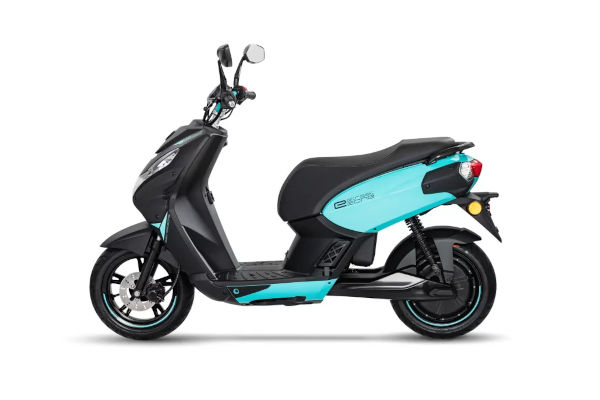 The cargo version of the Peugeot e-Streetzone can be used for logistics/ food deliveries. It has a single seat and a rear cargo rack that weighs 20kg. The cargo version, according to the company, has been designed to withstand regular and sustained use.

Ahead of its release in 2023, Peugeot has not released such information recently.