Google is expected to unveil the Pixel 7 series smartphones at its October 6th “Made by Google” event. The company will launch two devices in the series – Pixel 7 and Pixel 7 Pro. Ahead of the launch, many leaks have revealed the specifications and pricing of the devices. 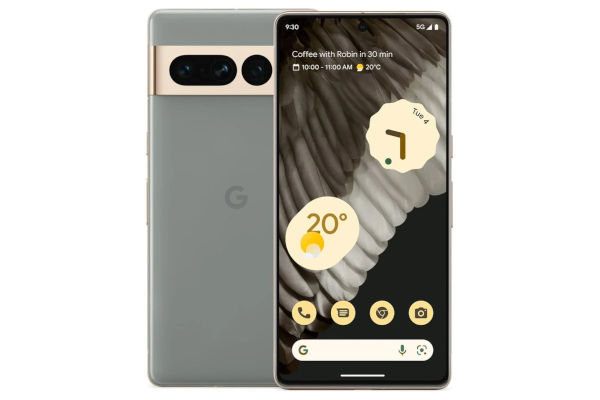 Now, leakster Yogesh Brar has shared the full spec sheet of the Pixel 7 devices, so let’s take a look.

Starting with the Pixel 7 Pro, the device will feature a 6.7-inch QHD+ LTPO display that supports a 120Hz refresh rate. Contrarily, the standard model will sport a 6.3-inch Full HD+ screen with a refresh rate of 90Hz. 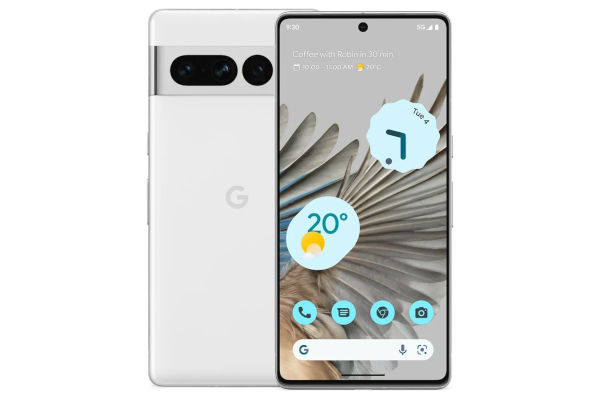 The standard model will include a dual-camera system on the back. A 50MP primary camera and a 12MP ultrawide camera will be featured in the Pixel 7 series. A 48MP telephoto camera with up to 5x optical zoom will be added to the 7 Pro. The Pro model will have capabilities including movie motion blur, true tone, and up to 30x zoom compatibility. The macro focus will not be supported by the basic model, and its high-res zoom will be limited to an 8x magnification. For selfies, there will be a 10.8MP front camera with support for 4K video recording.

Future Google phones will be powered by an internal Tensor G2 SoC. A Titan M2 security chip and an in-display fingerprint scanner will also be included. Both phones will offer 128GB or 256GB storage options. The Pixel 7 will have 8GB of RAM, whereas the Pro model will have 12GB of RAM as standard. 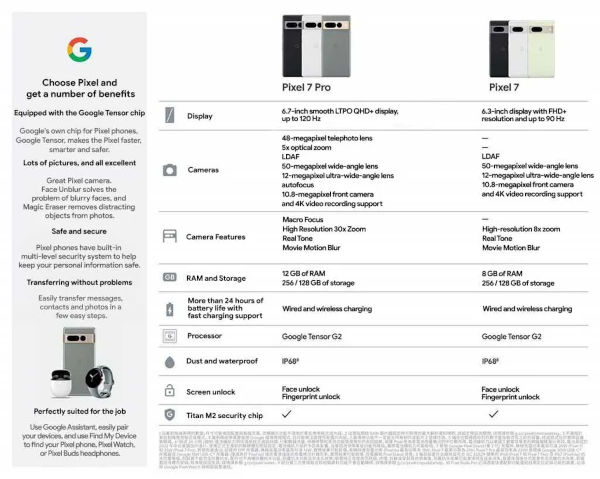 According to the specification sheet, the phones will enable wired and wireless fast charging and have a battery life of over 24 hours. The Pixel 7 will have a 4700mAh battery, while the 7 Pro will have a 5000mAh battery, according to information that has leaked. Both smartphones will offer 30W fast charging. Google probably won’t include the charger in the box. Lastly, both devices will feature IP68.