Recently, a report on the promo materials and specifications of the Tecno Pova 4 surfaced online. Now, a new leak by tipster Paras Guglani has revealed that the brand may also announce a device named Pova 4 Pro. Furthermore, the tipster has also shared the renders of the Pova 4 and Pova 4 Pro. 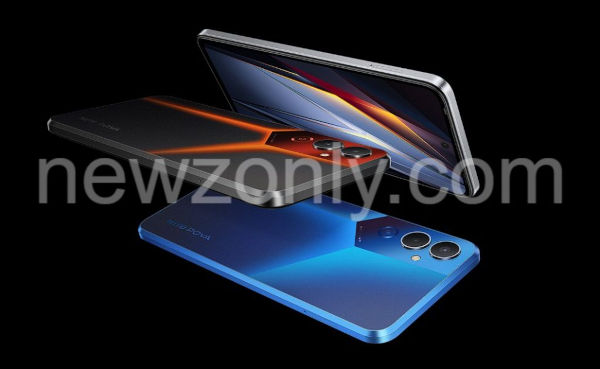 The above image showcases the color variants and design of the Tecno Pova 4. It features a punch-hole display and a uniquely patterned rear shell, which houses a dual-camera setup with an LED flash. The image below gives a look at the Tecno Pova 4 Pro’s color options. As can be seen, the Pro sports a similar yet enhanced rear design.

The Pova 4 is expected to house a massive 6.82-inch LCD panel that offers a Full HD+ resolution and a 90Hz refresh rate. It will have an 8-megapixel camera with an LED flash. The rear-facing dual-camera setup has a 50-megapixel primary camera.

The Helio G99 chipset will be present under the hood of the Pova 4. It will arrive with 8 GB of RAM and 128 GB / 256 GB of internal storage. The handset will pack a 6,000mAh battery, which will be a downgrade considering the Pova 3 housed a 7,000mAh battery. The Pova 4 will support 18W charging.

According to Guglani, the Pova 4 Pro will have a 6.6-inch AMOLED FHD+ 90Hz display and carry support for 45W fast charging. It appears that the rest of the specs of the Pro model will be identical to the vanilla variant.