For a while now, the Google‘s Foldable smartphone has been rumored to be in works and expected to compete against Samsung in the emerging segment. The device dubbed the Google Pixel Notepad was initially rumored to launch later this year, however, some reports claim that the foldable has been delayed till next year. 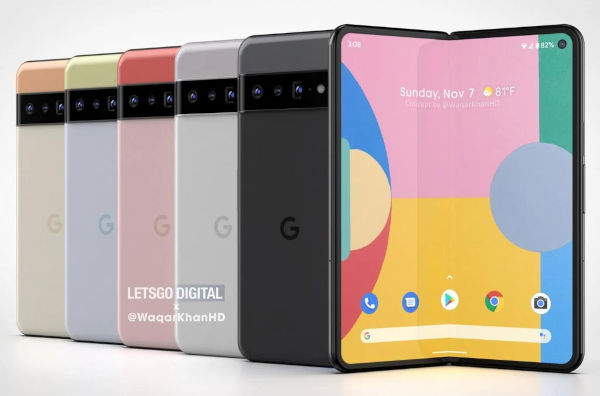 Now, a popular leakster Kuba Wojciechowski has managed to dig out the camera specifications of another variant of the upcoming Pixel Foldable which he claims to be different than the previous model. According to Kuba, the device has a codename “Felix” and comprises of a triple camera unit on the back of the device. It is made up of a 64MP IMX787 primary sensor, a 12MP IMX386 ultrawide lens, and a 10.8MP S5K3J1 telephoto unit. The inner camera uses an 8MP IMX355 sensor, whereas the outer camera on the front also uses the S5K3J1 sensor.

Tecno Phantom X2 design and specs leaks ahead of next week…

The camera HAL, however, seems to indicate something completely different. “Felix”, F10, includes multiple references to folded and unfolded states, as well as outer and inner cameras. pic.twitter.com/YrwJ482hdz

Although no solid information is available on the Pixel Foldable aka Pixel Notepad yet, however, we can expect to learn more about it on October 6, when Google has scheduled the Pixel 7 series launch.

As for the rumors, the device is said to have a similar form factor to the Oppo Find N, meaning it will most likely have a square design when unfolded. It is rumored to feature a 5.8-inch display and will be powered by the company’s Tensor chipset.