The Xiaomi Civi was a nice surprise from Xiaomi and was quite a phenomenon in the domestic market. Now, after many rumors and speculation, the company is finally coming with the Xiaomi Civi 2. The new smartphone will launch on September 27 during an event in China. To build the hype for the upcoming launch, Xiaomi has been teasing some of the specs coming with the Civi 2. 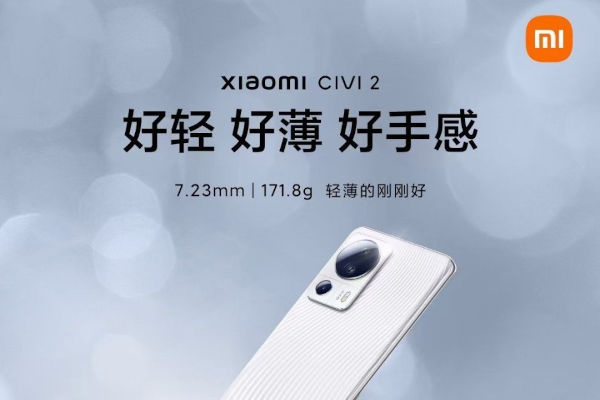 The Xiaomi Civi 2 is a curious smartphone because it will mimic Apple’s new notch design. The device will have a centered pill-shaped punch-hole comprising two cameras. Honestly, Xiaomi does not seem to care about the comparisons.

The iPhone 14 Pro influence here is pretty clear. And apparently, Xiaomi may even adopt a “Dynamic Island” feature. If it does not come with the Xiaomi Civi 2, we’ll probably see it with the upcoming Redmi K60.

The latest teaser reveals the rear camera department, as well as the smartphone’s front-facing camera. In the rear, there is a triple-camera setup. It will be led by a 50 MP main camera. Apparently, it’s the 50 MP Sony IMX 766 sensor inside of many flagships of 2022. The Civi 2 will have an f/1.8 aperture instead of f/1.9. The selfie snappers apparently are a 32 MP wide and a 32 MP ultrawide shooter. 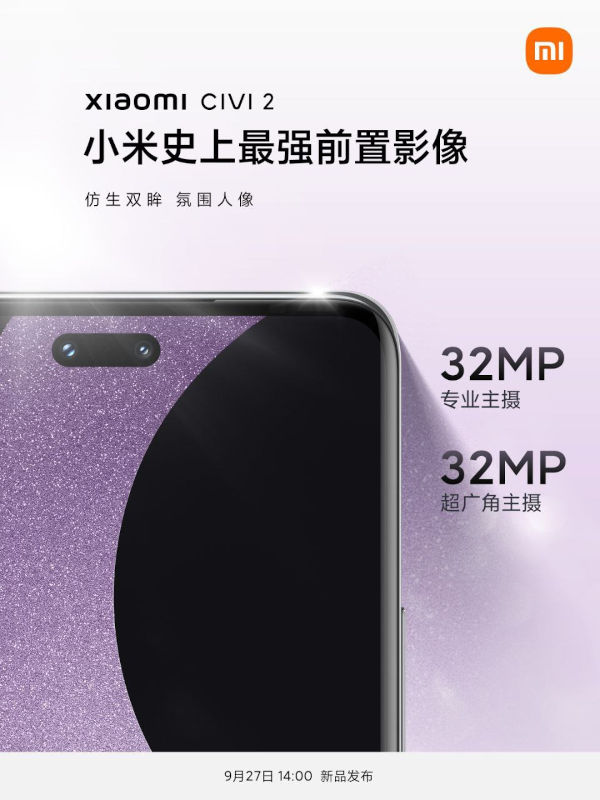 According to the company, when we compare the Xiaomi Civi 2 with its predecessor, there is a great speed advance. The light input of the main camera is up by 101.8%. The photo capturing speed is up by 144%. The night photo capturing speed sounds even more impressive with an increase of 246%. Xiaomi also mentions Bionic Eyes Atmospheric Portrait, however, didn’t confirm what this fancy name stands for. Obviously, the Civi 2 has a big focus on camera quality.

One of Xiaomi’s images confirms the Civi 2 offers Dolby Atmos support. The pill-shaped notch will also have small flash modules on top. Therefore, users will capture bright selfies even under low-light conditions.

Apart from the pill-shaped notch, there are more differences than similarities between these two smartphones. Therefore, we can say that Civi 2 isn’t a copy. Anyway, many companies are already showing interest in Apple’s new design choice. Honestly, this is a backward move.