Motorola has just held its highly anticipated launch event, which was delayed back on August 2. During this conference, the company announced three new smartphone models, which also included the latest flagship model, the Moto X30 Pro. 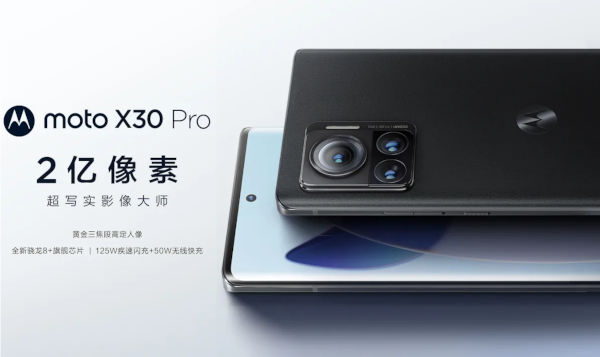 Even prior to its official announcement, the Moto X30 Pro model had its entire design revealed. It arrives with a curved edge on either sides of the rear panel, which also houses a large camera module that features the three image sensors. Meanwhile, the front has a center aligned punch hole camera. The right side of the Edge X30 has a power button and a volume rocker while the bottom has a USB Type C port, a speaker grill, and the SIM slot. 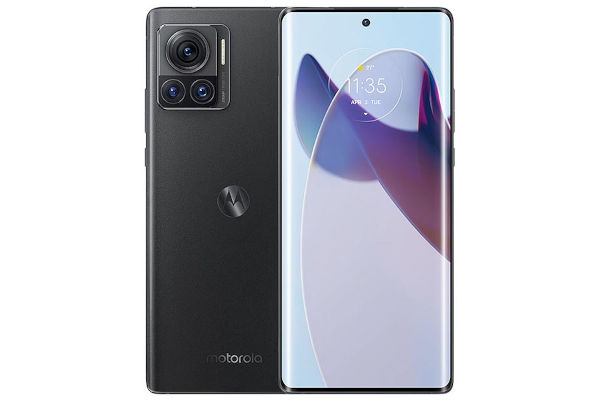 On the front, the device sports a 6.73 inch pOLED display that has a Full HD+ resolution and a 144Hz high refresh rate. Notably, this panel also has curved edges on the sides, which isn’t common nowadays. It also is equipped with an in display fingerprint scanner for security. This panel is surrounded by minimal bezels on all sides.

Under the hood, the new flagship smartphone is equipped with Qualcomm’s latest and greatest Snapdragon 8+ Gen 1 SoC. This chipset is based on the advanced 4nm process that is manufactured by TSMC and it offers various improvements over its predecessor, the Snapdragon 8 Gen 1. 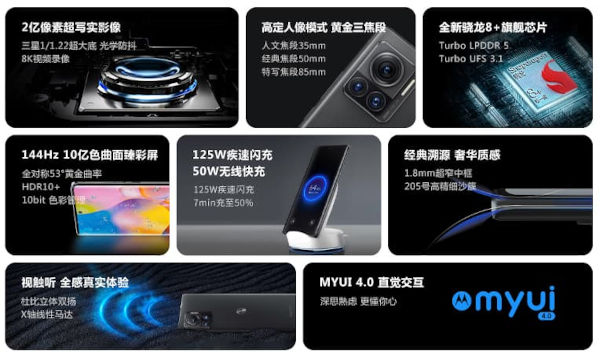 This processor is also paired with up to 12GB of LPDDR5 RAM and up to 512GB of UFS 3.1 internal storage. The smartphone also packs a 4,500mAh battery pack that supports 125W fast charging support. Through this, the device can charge up to 50 percent in just 7 minutes and a 100 percent charge in 19 minutes. It even supports 50W wireless fast charging as well.

Motorola has placed an emphasis on the camera for the Moto X30 Pro. It is the world’s first smartphone that features a 200 megapixel camera sensor. The rear packs a triple camera setup on the rear, with the primary sensor being a Samsung ISOCELL HP1 200 megapixel camera that has a 1/1.22 inch size.

This camera also features an all new Chameleon Cell technology, a pixel binning technology that uses a two by two, four by four, or full pixel layout depending on the environment. 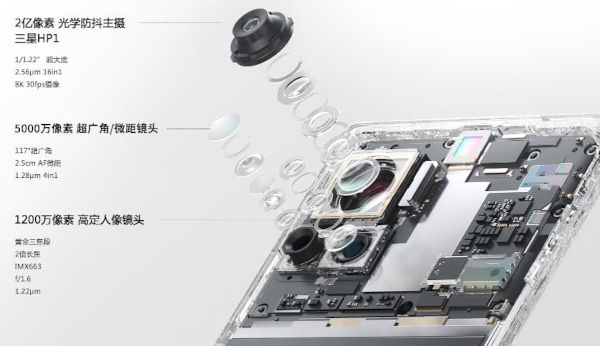 The X30 Pro brings a full RAW domain primary color vision and native support for all camera sensors as well.  The sensor can even take videos at 8K resolution at 30fps with minimal loss of field in view. Talking about the other two sensors, the first is a 50 megapixel ultra wide angle lens that is paired with a 12 megapixel telephoto shooter. Meanwhile, the front packs a 60 megapixel selfie camera. 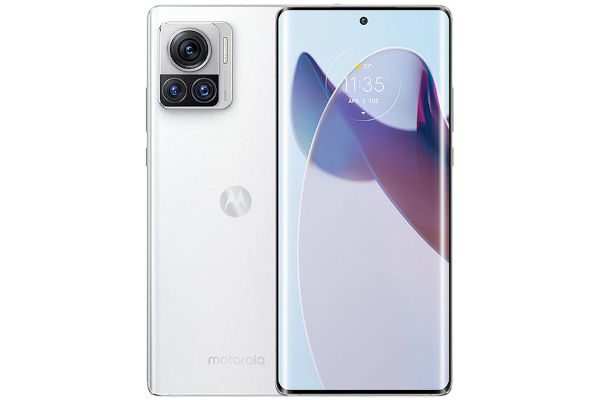 The Motorola X30 Pro despite being a premium grade handsetdoes not break the bank.

Interestingly, the company will offer the smartphone for an introductory price tag that is 200 Yuan cheaper for every storage configuration. It is currently unclear when the device will go on sale, so stay tuned.