Samsung‘s next-gen foldable phones has been in the news for a while now and they are expected to be unveiled soon. In accordance to that, Samsung Mobile has now officially confirmed its August 10 Galaxy Unpacked event via a cryptic tweet. 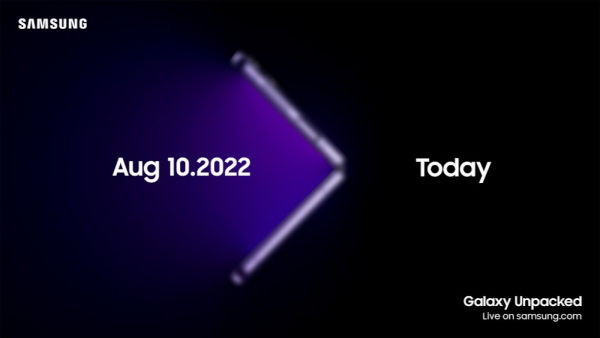 The event invite features a blurred-out image of a foldable phone in the background, which matches the recently leaked render of the Galaxy Flip4. But, this was later on removed by Twitter owing to the infringement of copyright. You can check out the tweet below.

**THIS IMAGE HAS BEEN EDITED TO OBFUSCATE CERTAIN DETAIL**

See what I did there? pic.twitter.com/BrH4sT99yU

The encoded message is solved by placing the 08-10-22 numbers inside the missing color-coordinated spaces. Once filled in you get the August 10, 2022 date which answers the “When will something greater arrive?” question. The actual colors in the teaser could end up being part of Samsung’s Bespoke customization options for the Z Fold4 and Z Flip4. 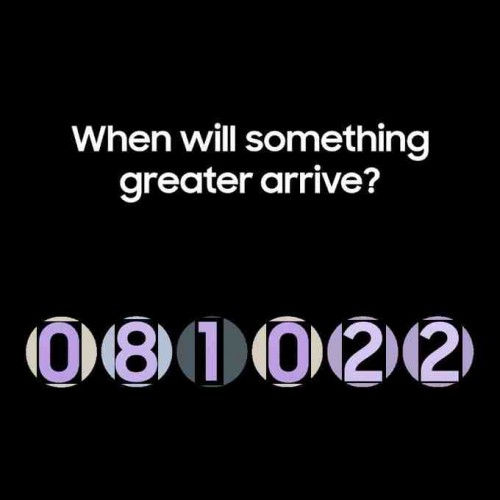 Samsung is bound to offer more official teasers about the upcoming devices set to launch at the event so stay tuned for more coverage.

As for what to expect from the Galaxy Z Fold4 and the Z Flip4, rumors suggest that there won’t be major design differences, except for some new details. The spec sheet part will see changes, though and a previous leak reveals that there will be the latest Snapdragon 8+ Gen 1 chipset, improved cameras, a better and sturdier display with a small hinge, bigger batteries, and much more.

Samsung is also expected to release the rumored Galaxy Watch 5 series at the same event. But, all these will be confirmed once Samsung talks about it and we can expect this to happen soon. So, stay tuned and we will keep you posted.